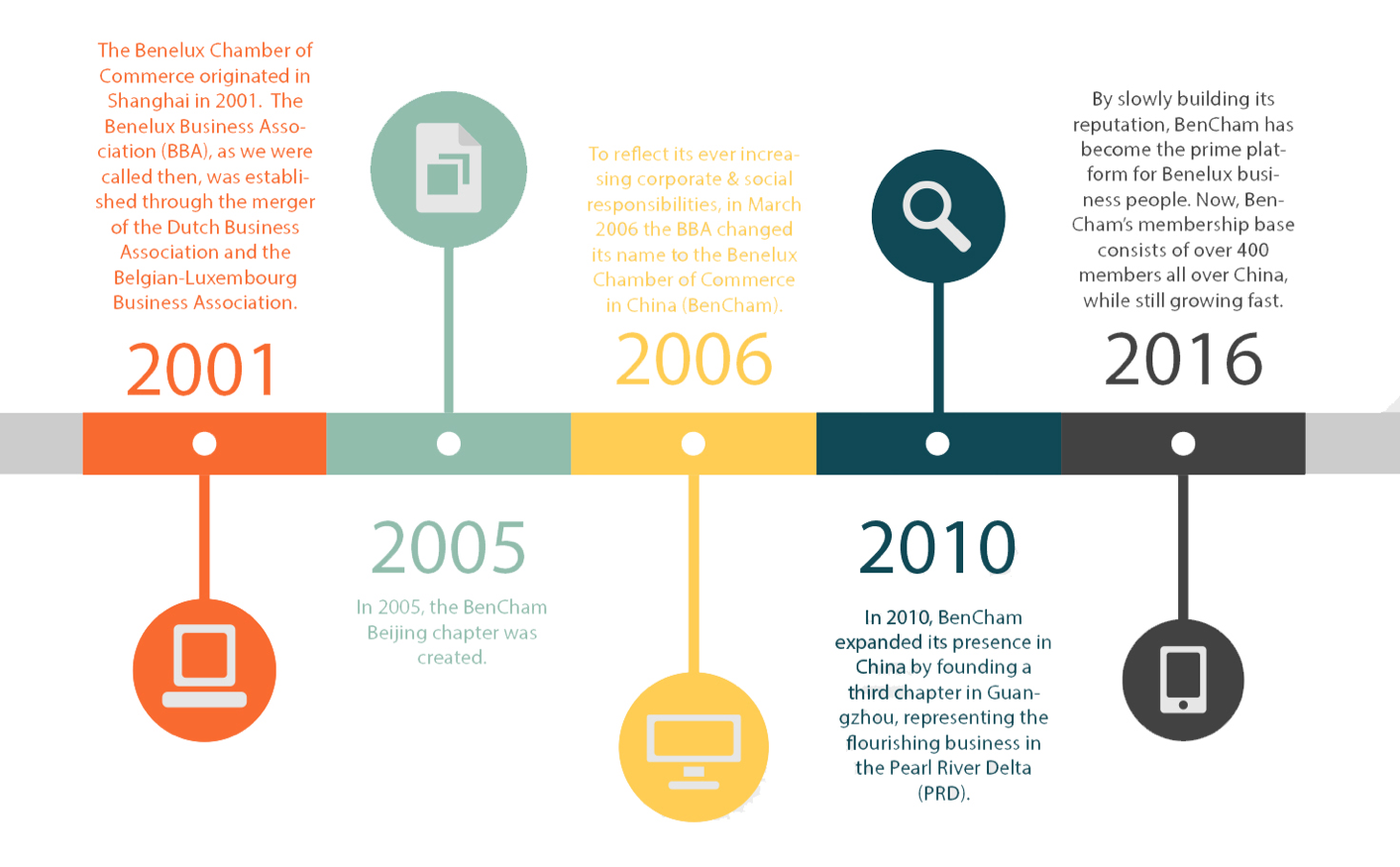 BenCham has been growing at a steady pace since it was established in 2001. It currently contains 3 chapters; Beijing, Shanghai and Guangzhou (Pearl River Delta). It is the prime platform for the Benelux business community to get together.

BenCham currently has over 350 members, aspiring to grow further every day.  Its base consists of Large Enterprises, Small and Medium sized Enterprises (SMEs) as well as individuals with an active interest in developing their business in China. As an independent, non-profit organisation, BenCham is managed by a full-time secretariat of both Benelux and Chinese staff. All practises are guided by an active Board of Directors.  BenCham sustains itself through government subsidies, membership subscriptions, sponsorships and event fees.

On May 27, 2010, BenCham received the Accreditation Certificate from the BLCCA (Accreditation Programme for Belgian and Belgian-Luxembourg Chambers of Commerce Abroad).