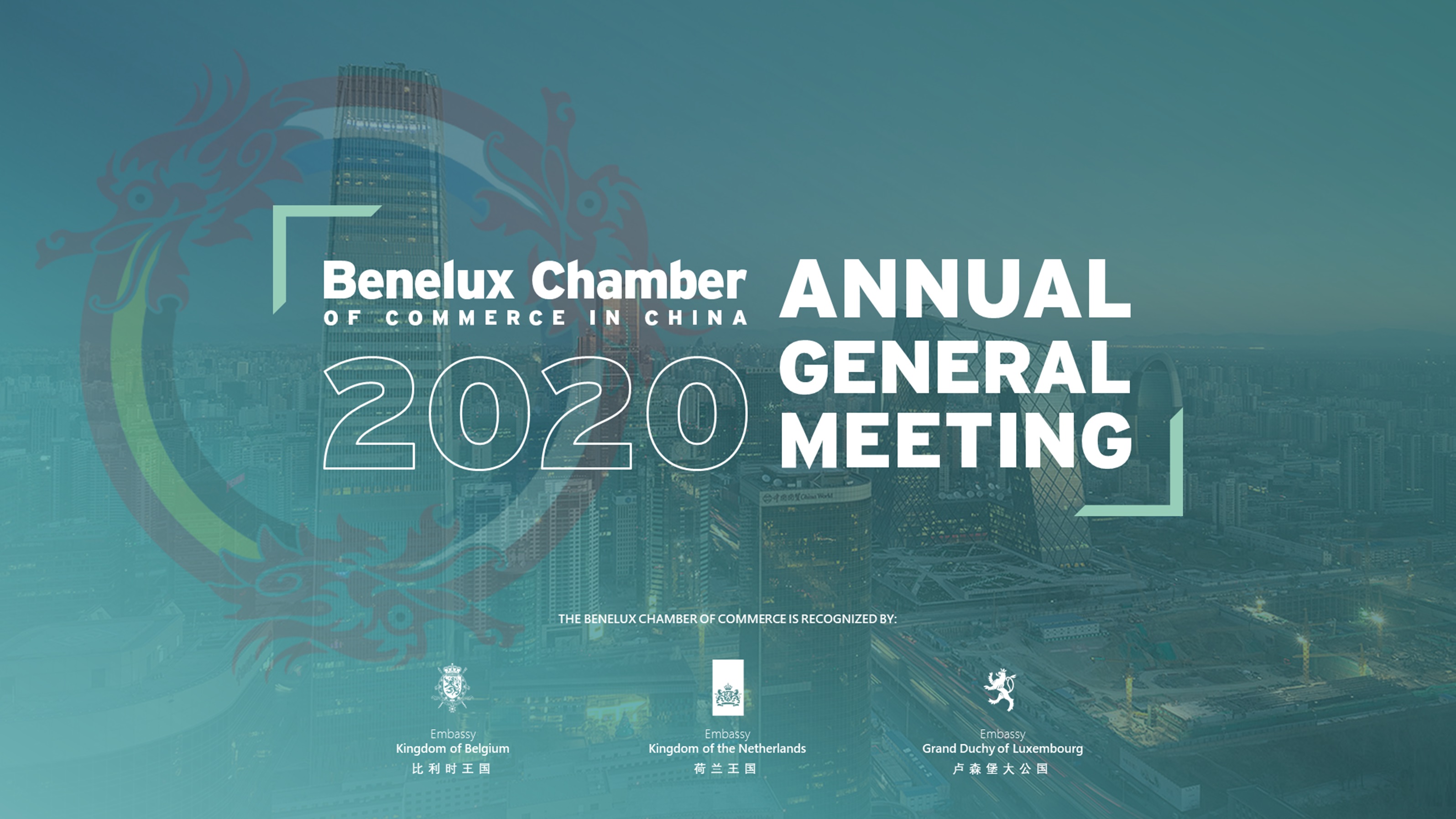 Beijing, China – September 18 | The Benelux Chamber of Commerce in China – Chapter Beijing held its annual general meeting (AGM) which was hosted by the Embassy of the Kingdom of the Netherlands in China.

The 2020 AGM was organized later in the year because of the mandatory COVID-19 measures earlier this year. Despite this crisis (which is arguably not over yet) in our recent memory, the Benelux Chamber was delighted to conclude this year’s AGM had a rather high attendance rate compared to previous years. A total of almost 40 representatives of Benelux Chamber member companies attended the AGM, while a handful of members in Europe attended the meeting by watching the live-stream of the event.

After a brief opening by Benelux Chamber Chair Tom Hoogendijk, the AGM kicked off by a presentation by Interim General Manager Ferry Rebergen on the Chamber’s activities in the year 2019 (a benchmark ‘normal’ year) compared to activities organized in the first eight months of 2020 (a year of crisis). A major takeaway was that many of the chamber’s usual activities were halted – while some activities could be organized online of the form of webinars. The year 2020 also forced the Benelux Chamber of focus on more active support to its members which goes way beyond facilitation: Many time and manpower of the Benelux Chamber was spend on assisting members stuck abroad on finding ways to return to their work, homes and families in China. 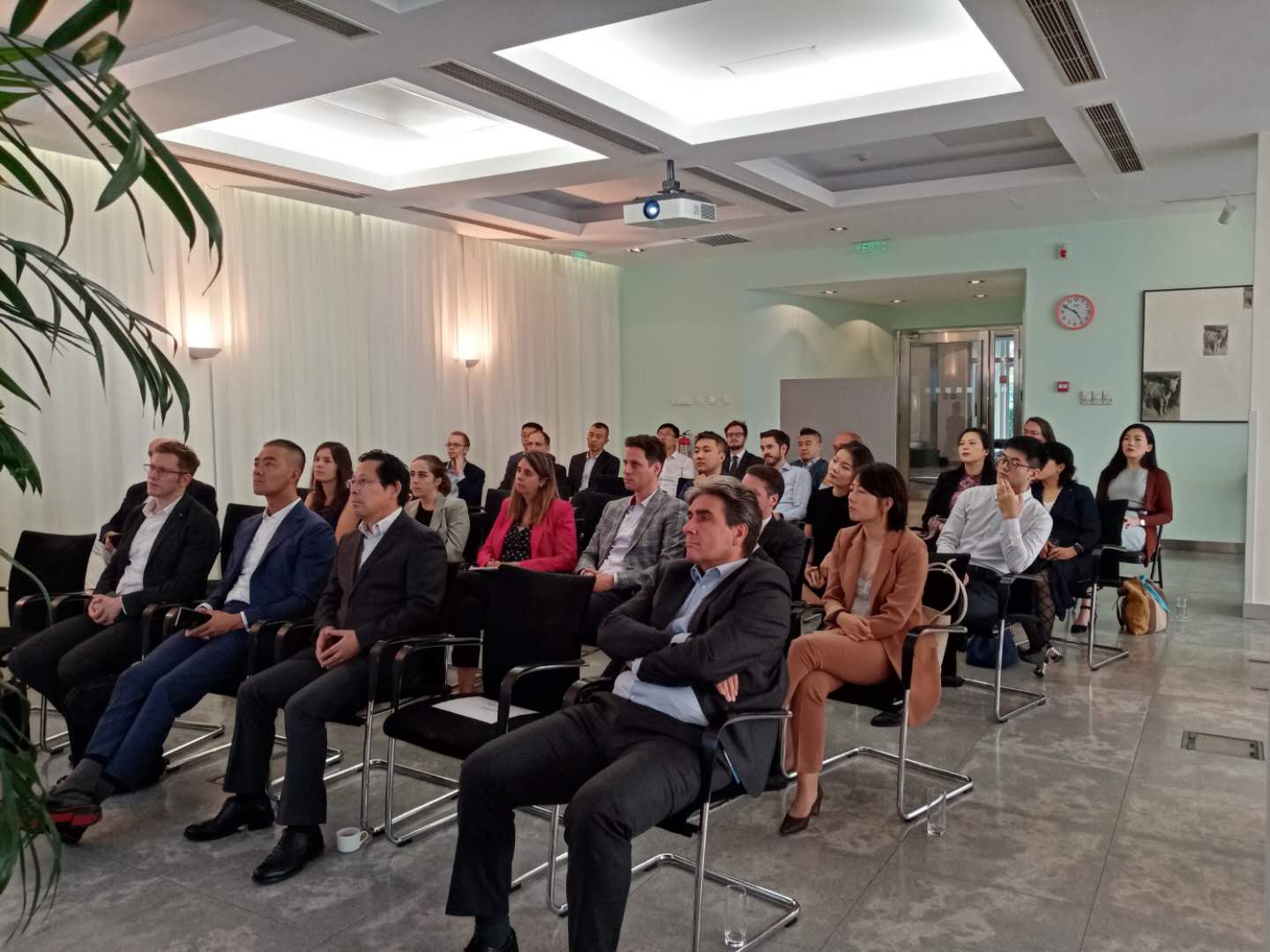 The financial overview and analysis was shared to the members by Tom Hoogendijk, Chair of the Benelux Chamber. In analyzing the chamber’s financial challenges and performance a 2019 full-year vs. 2020 approach was used as well: 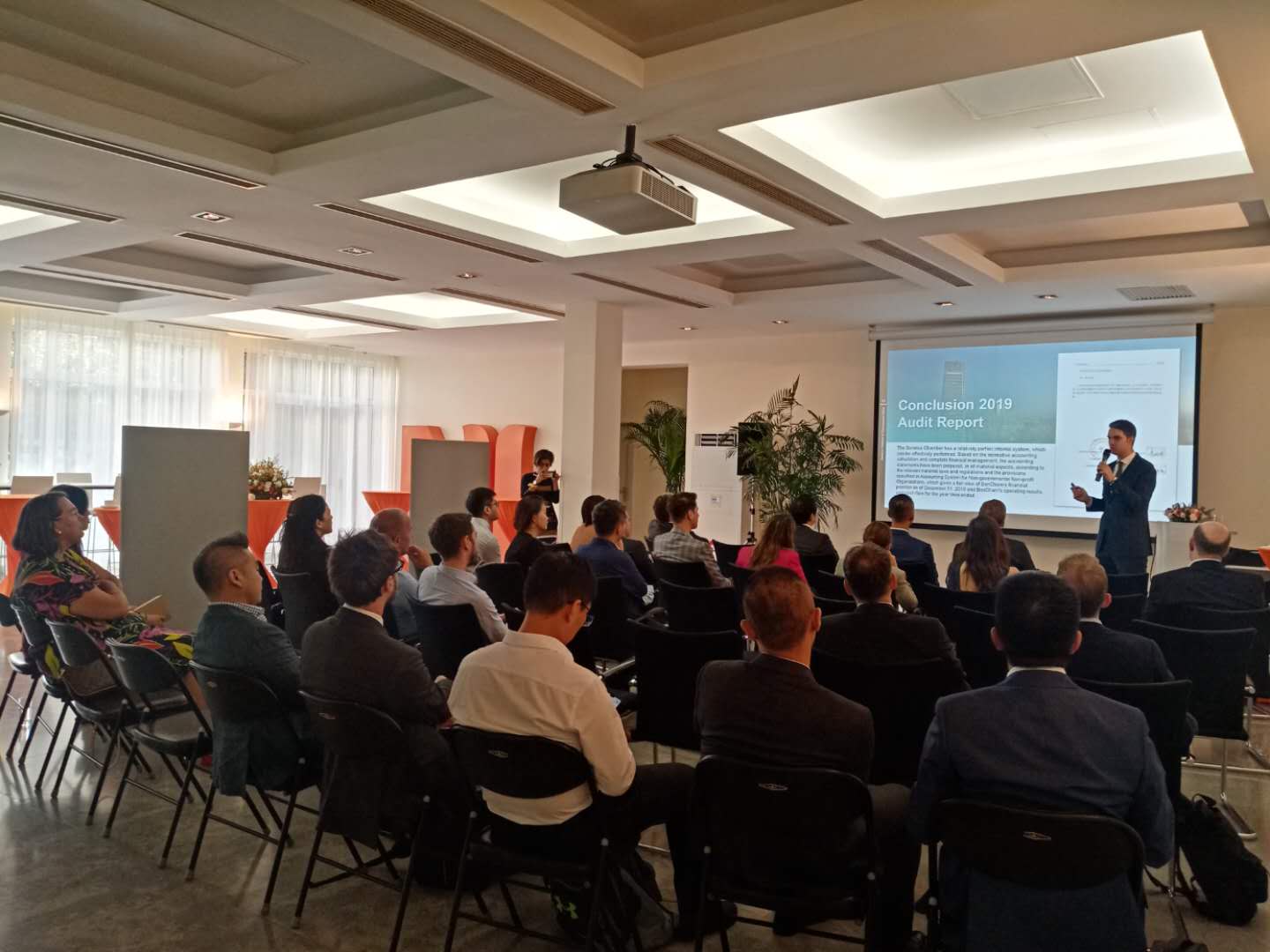 The existing Board of Directors was discharged before the election of the New Board of Directors that will serve the Benelux Chamber until the next AGM to be held in 2021. A vote was organized among the attendees of the AGM to determine to accept all candidates onto to board of the Benelux Chamber – or whether to select only a certain number of candidates by a voting ballot. 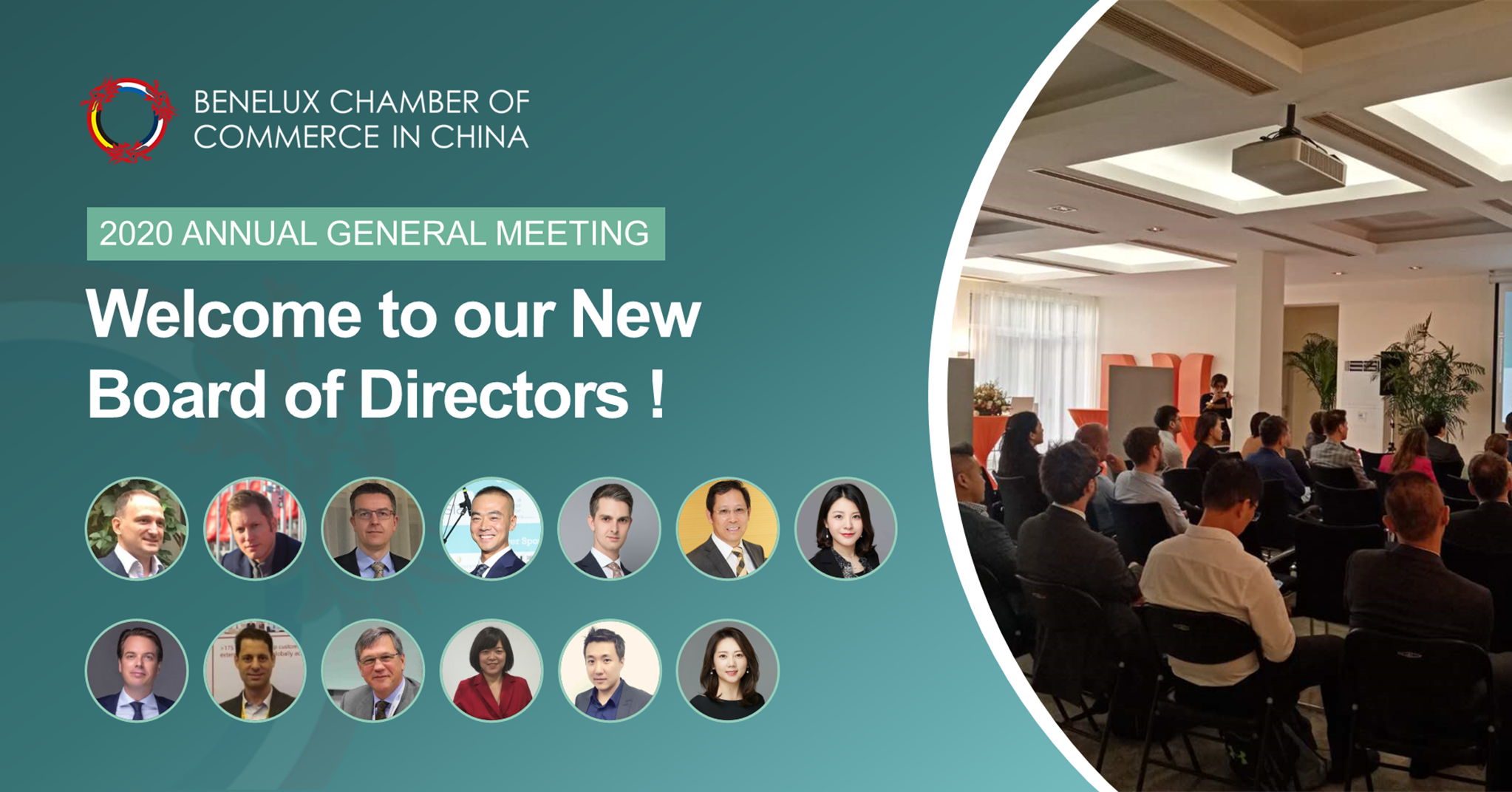 After the election of the new board, a guest of honor was given the opportunity to introduce himself to the Benelux chamber members attending the AGM: The new Belgian Ambassador to the People’s Republic of China and Mongolia: H.E. Mr. Jan Hoogmartens. The Benelux Chamber warmly welcomed the Ambassador to the Benelux Chamber community and is looking forward to continuing the excellent cooperation with the Belgium Embassy under his guidance. The AGM was also attended by a representative from the Luxembourg embassy, and was hosted by the Netherlands embassy, making the 2020 AGM a genuine ‘Benelux’ represented event on the diplomatic level as well. The Benelux Chamber is extremely grateful for the support from all three Benelux embassies for supporting the event. 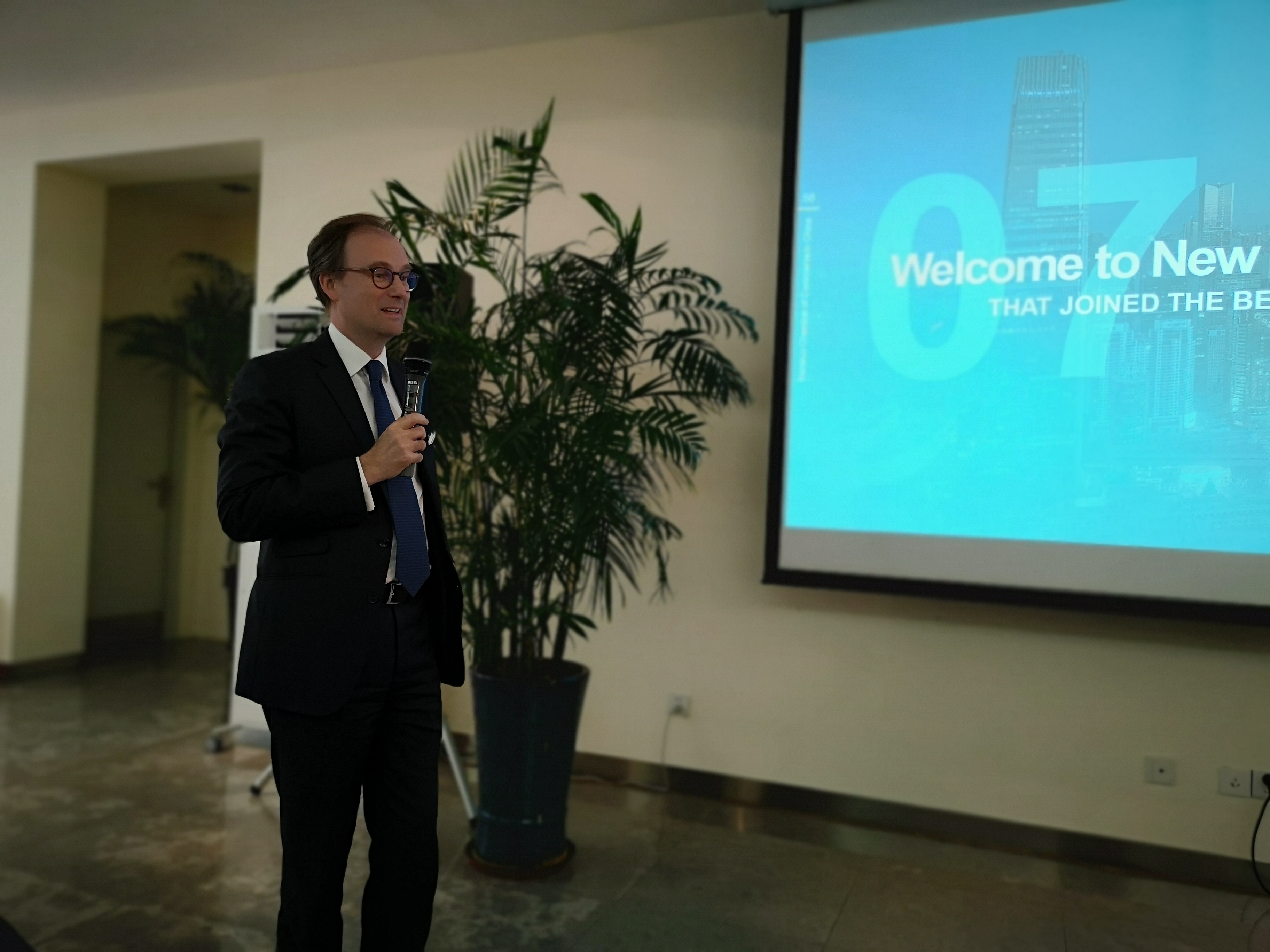 Before closing the AGM, special attention was given to few member companies that have joined the Benelux Chamber recently, those being: TMF Group, Huawei, CCX, Arcadis, Total, A-Trails and XinChuang Tech. Mr. Thun Lee, Head of China at TMF Group held a short speech to introduce his company and to voice his support for future cooperation with the Benelux Chamber and its member companies. 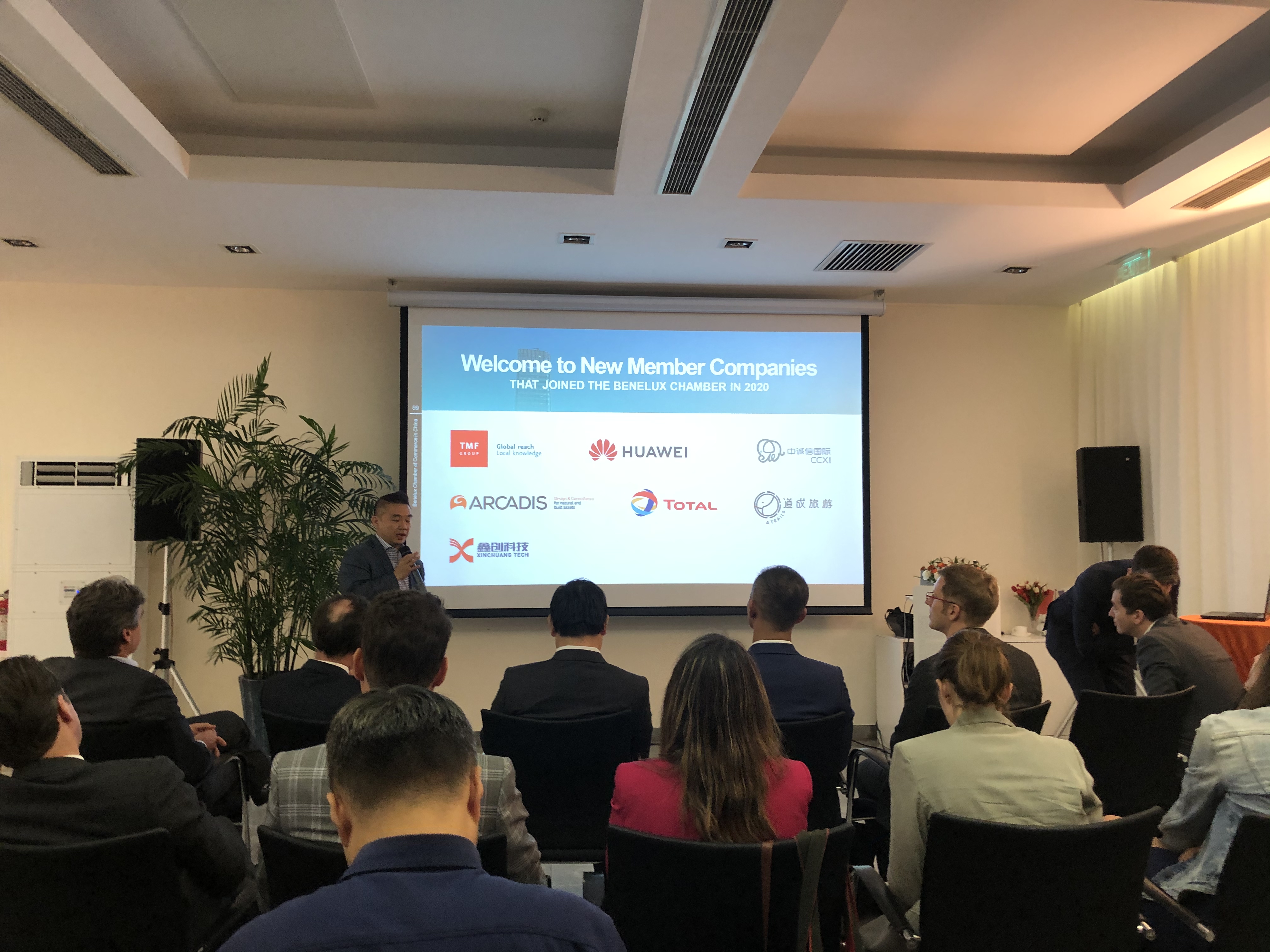 The Benelux Chamber would like to thank all its members that attended the 2020 AGM in person or online for their tremendous support. The Benelux Chamber is in its core a member-driven community that cannot survive without the involvement of its members. The chamber is aware it is facing financial challenges never met before, but also realized that our organization has never been more relevant than before: In times of crisis – the Benelux Chamber will continue to defend the interests of its members, and with that mission and motivation we not merely want to survive, but aim to thrive as the very core of a Sino-Benelux community driven Chamber.