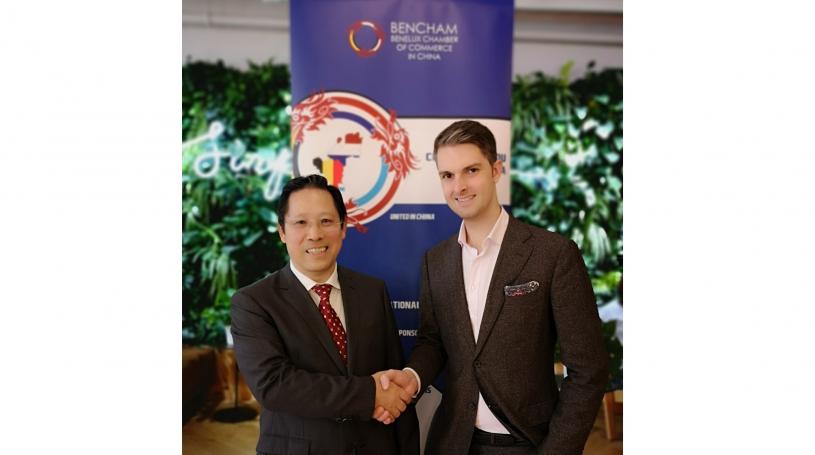 During his career in banking Jan has been involved in leading various financings for Chinese corporations overseas' investments and mergers and acquisitions, involving sectors of power, oil and gas, mining and metals, food and beverages, construction and engineering and manufacturing. Jan is actively promoting the participation of international banks in financing projects for the Belt and Road Initiative.

Jan graduated from Peking University Law School with degree of Bachelor of Law in 1982 and received Special License in European Law and Doctor in European Law in 1985 and 1988 respectively from Ghent University Law School, Belgium. Jan published various articles on Chinese laws on foreign direct investments in International Business Lawyer (New York), Financial Law Review (London), Chinese Economy and Law (Hong Kong), as well as publications by Lausanne Institute of Comparative Law and Vienne Centre of International Legal Studies. His doctoral thesis “Legal and Policy Issues of the Trade and Economic Relations between China and EEC” was published by Kluwer Law and Taxation Publishers in 1990. Jan is also a guest lecturer at Peking University Law School.

On his new position, Jan said: “This is a new and challenging job but it perfectly fulfills my dream and passion originating from when I started to pursue studies in Belgium over 30 years ago.  My wish has always been to promote the trade and economic connectivity between China and Europe, especially the Benelux countries. At the time when the world is facing uncertainty caused by trade conflict and rising unilateralism it is critical that the Benelux Chamber should make greater efforts to help foster the commercial exchanges and I am happy and feel obliged, to contribute to the success of this cause”.

On Jan Hu’s appointment, Chairman of the Benelux Chamber Tom Hoogendijk commented: “We are really pleased with Jan’s appointment as our new general manager. Jan’s profile fits very well the requirements in carrying out the Benelux Chamber's mission. Jan has an extensive academical background in Belgium, served as legal adviser in a Dutch law firm, and moreover has worked for many years at ING Bank, a landmark financial institution from the Benelux. Jan has rich experiences in the fields of law and finance and broad contacts with Chinese corporations, financial institutions, as well as different government departments. We believe that Jan will be able to provide great support and help for our members, including Benelux companies doing business in or with China, and as well Chinese companies operating in or cooperating with Benelux countries. With Jan on board we are confident to bring the services of the Benelux Chamber to ever greater heights."